As recently as a decade ago, many people had something to look forward to during their mortgage renewals in Ontario. Following the recession and financial crash of 2008, falling interest rates soon became the norm. An entire generation of new home buyers was told that they could reduce their payments by renewing their mortgage. However, a lot can happen in a decade, and 2019 will usher in a new wave of higher mortgage rates when Ontarians decide to renew their mortgages. Read on for some recent trends and tips so that when itâs time to renew your mortgage, youâre informed and prepared. 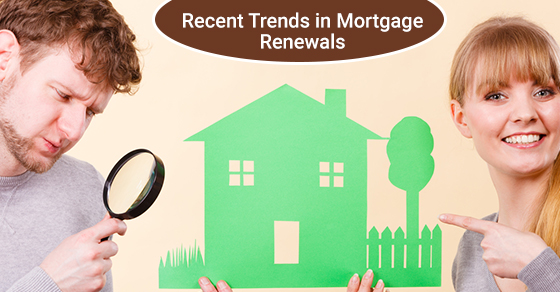 Imagine that you purchased your home five years ago, with a five-year term, as part of the agreement with your lender. Since the last summer, rates have actually increased, which means your payments will also go up when you are ready to renew after the term is up. To compare, a fixed five-year mortgage term today, at a competitively discounted rate, will range between 3.19% and 3.59%. Evidently, the rate will be determined according to your mortgage details as well as your particular property.

Now, if we were to compare the current rates to comparable rates just five years ago we would notice a sharp increase since then, with comparable rates then being around 2.74%. Even in 2016, the lowest rate on the market for a five-year term was 2.44%, according to ratespy.com. Today, many Canadians will call their mortgage brokers in order to try and get the lower rates that they were paying in the past, but the chances of them getting a break on their rates are slim in 2018.

Another recent trend of mortgage renewals in Ontario is that trying to switch lenders from your current lender has become more difficult. Many people believe that the new rules only apply to first-time home buyers, but they apply to seasoned buyers as well.

Today, even buyers who put a down payment of 20% or more will need to pass a stress test. The test assesses if the borrower would be able to make their monthly mortgage payments at the actual rate being proposed plus 2 percentage points, or the Bank of Canadaâs (BOC) five-year benchmark rate, which currently sits at 5.34%. In the past, those who failed to put down 20% or more had to undergo a stress test, but it was set at the five-year BOC rate, which was less stringent.

If you are an existing homeowner then you won’t have to worry about the stress test, but only if you renew with your current lender. In other words, if you want to take your mortgage to another lender in order to get a better rate, then you must pass a stress test in order to make the switch in 2018 and beyond.

If you would like to learn more about mortgage renewals in Ontario give Northwood Mortgage a call at 1-888-495-4825, or contact us here.