For Canadian borrowers, when the Bank of Canada (BoC) adheres to a resolute policy rate, it seems nothing short of advantageous. With this in mind, it’s imperative to establish what this authentically represents. High-interest rates are indicative of a healthy and robust economy, whereas lower fees are an incentive to stimulate spending in what is a more inefficient fiscal climate. It’s all about power. For over a year, the Bank of Canada has retained its key interest rate on hold, telling of a unique mortgage narrative that affects you. 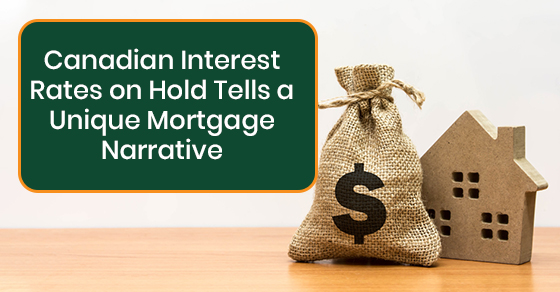 Canada, unlike its international counterparts, has been tenacious by taking fiscal control and keeping interest rates on hold. Intensified trade disaccord between the United States and China, as well as low global interest rates, have spawned ambivalence, creating a burden on the global economy. The U.S. is a crucial export market for Canadian goods and thus consequently affecting not merely our exchange rates, but also international investment funds and, naturally, interest rates.

The Government of Canada’s five-year Canadian bond yield has become a precedent for a five-year fixed mortgage rate and, as the return on bonds tumble, so will interest rates. Conversely, the fundamental impact on variable rate mortgages is the BoC’s key interest rate manipulation of short-term rates, which have remained idle since October of 2018.

Presently, the key interest rate is 1.75%, and variable mortgages will remain at that level until your mortgage matures or when you refinance earlier. Variable mortgage rates are akin to Canada’s prime rate, influenced by the Bank of Canada’s overnight target rate. When they curb their crucial rate, it consistently forges a decrease in the prime rate. That final result is lower interest costs for floating-rate mortgages.

The overnight rate is the interest rate at which leading financial institutions borrow and lend one-day or overnight funds among themselves. At this point, the bank sets a target level for this rate, often referred to as the bank's policy interest rate. Changes in the overnight rate also impact other interest rates, such as mortgage rates, consumer loans, and even the exchange rate of our dollar.

The Bank of Canada will be the singular central bank navigating the trade wars that has not opted to cut the interest rate. An interest rate hold creates a discernible paradox. Fundamentally, it epitomizes that any variable or fluctuating interest rate will remain unchanged, an ideal scenario in terms of managing your payments.

An adjustment in the overnight lending rate won’t directly lead to a change in the bank’s prime rate; still, numerous lenders find it most ideal to allow a spread of 2% between the rates. With a variable rate mortgage, it’s imperative to monitor the prime rate, as the more escalated the rate, the more of your money will be going towards the interest rather than the principal. It also impacts how various financial institutions may borrow from one another; it fluctuates parallel with the choices made by the BoC.

Our expert team at Northwood Mortgage has many more answers to simple or more intricate mortgage questions, and we look forward to connecting with you. As one of the most venerated brokerages in the GTA, our team exemplifies prized services and choice products to our clients, lenders, and investors alike.

We invite you to visit us for more insight at Northwood Mortgage.com or talk to us one-on-one for a more personal assessment, fitting your needs, at 1-888-495-4825.