Which Province Has the Lowest Mortgage Rates in Canada?

As of spring in 2014, hopeful homeowners in Ontario could sign up for a five-year fixed mortgage rate of only 2.89%, which in comparison to local trends of the area is a decently favorable rate. 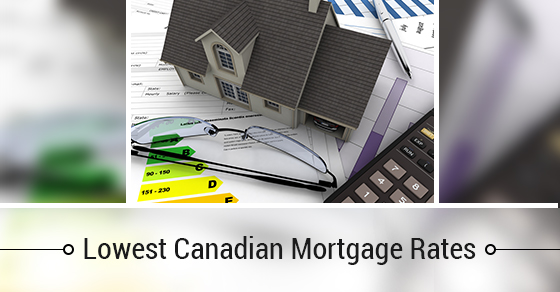 However if you go a further east, and you can secure a five-year fixed mortgage with only 2.84% interest, if youâre purchasing in British Columbia.

Alberta, Saskatchewan, and Manitoba share the same rate as Ontario, while Quebec and all of the Maritime Provinces come in within two-hundredths under 3%.

So why is this the case? It can seem slightly confusing that there is so much variation across provinces even though 5-year fixed mortgage rates are driven by 5-year government bond yields.

The short answer is that mortgage rates donât vary as much from province-to-province as they do from lender-to-lender.

Cait Flanders of RateHub has recently offered a little insight on the matter:

âIndividual lending institutions set their rates based on what their profit objectives are, how much competition they have, and what their marketing strategy is. Weâve seen how this works on a national level, when one of the big banks (BMO) launches a new low rate before the other big banks, so they can get some press and gain a little more of the market share.â

Since a lot of small lenders and credit unions only exist in certain problems, this can make all the difference. For instance, if one credit union decides to offer a lower interest rate, itâs very likely that all small lenders in that province will be pushed to offer a similar rate.

Meanwhile, if a credit union in British Columbia lowers their rate, thereâs no reason for lenders in Ontario to follow suit since they arenât competing for the same market.

Then of course, we have the issue of supply and demand. Take Toronto or Vancouver for example, both of which are experiencing a big real estate boom. This increases competition levels, and lenders are forced by the market to offer competitive rates if they want to secure business.

On the other hand, in a small town in Nova Scotia where there are very few reliable mortgage brokers, they have more freedom to decide on their own mortgage rates.

When it comes down to it, no matter where you call home, you should always shop around for the best mortgage. Establishments like Northwood Mortgage are always the best bet for the best rates as we keep our prices competitive against both the big and little companies.

Talk to one of our team members today and see the difference Northwood can make!