What is the CMHC?

No matter if youâre looking to purchase a home or not, you’re probably familiar with the CMHC. You may hear their name pop up in news reports or read about them online in real estate journals. You may have even dropped these four letters nonchalantly in conversation. Nevertheless, do you know what it stands for and how this concern relates to the Canadian housing landscape? 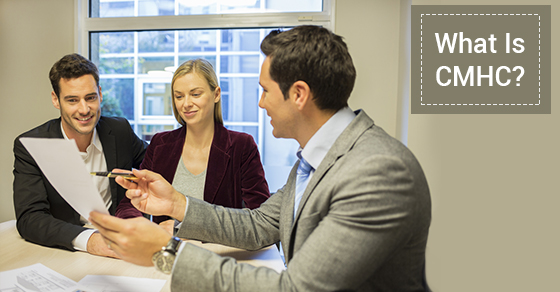 The CMHC plays many roles to help the Canadian Mortgage landscape run smoothly. For instance, the CMHC manages the federal Mortgage Insurance Fund. This fund provides a shield for banks who are reluctant to enter the lending market.

However, the most important role of the Canadian Mortgage and Housing Corporation is to give residential insurance to home buyers in Canada. The purpose of this insurance is to protect lenders against possible defaults on mortgages where insurance has been bought.

The agency also provides capital for housing projects to help with building and renovations. Additionally, the CMHC performs analysis on the housing market and offers funding for the advancement of design and new technology within the Canadian lodging and shelter marketplace. Sustainability and affordable housing are two of the CMHC’s main propensities, and they work to make housing accessible to all Canadians no matter what part of the country you live in.

The CMHC came into existence in 1946 as World War 2 came to a close. The government expressed concern that those returning home from fighting overseas would not have an adequate dwelling to raise their families in. With soldiers coming back from Europe in numbers, the government administered a policy stating that every Canadian family should have their own home. At the time, the CMHC was known as the Central Mortgage and Housing Corporation. It wasn’t until 1976 that it received its current name, the Canadian Mortgage and Housing Corporation.

Despite it finding its roots over 50 years ago, the CMHC is still as important to the mortgage industry today as it was when it was first introduced, however itâs not helpful for every buyer.

To better understand CMHC and to help choose a mortgage that is right for your needs and your means, contact Northwood Mortgage for help, guidance, and excellent mortgage rates.Â